The BBC Four series featured a walk along the trackbed of the Strathspey Railway from Craigellachie to Ballindalloch last week. It’s available to view on iPlayer (if you’re in the UK) until Thursday and visits several sites that helped inspire the model Dufftown. The programme does not feature Dufftown itself, although there is a detour from the Speyside way which runs along the old trackbed from Craigellachie up the Glen Fiddich to Dufftown.

I’m getting a little behind with updates – this is from one week ago, and things have moved on since, but this shows the first turf being laid on the distillery board. 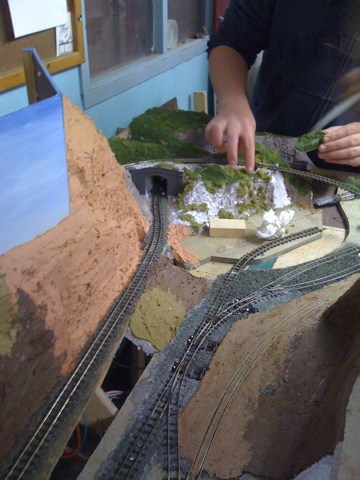 Even though there’s still plenty to do scenery wise, there will be no time for cosmetic touches such as lighting before the exhibition unless it happens now. So it’s off to IKEA on the trams. 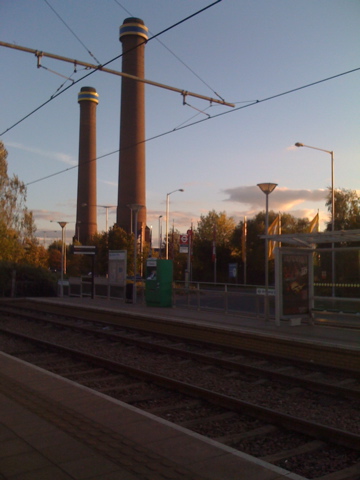 Why IKEA? To try and avoid extra weight and complexity there will be no pelment. So low voltage halogen, ideally mounted directly onto the baseboard, could be a simple but effective solution. 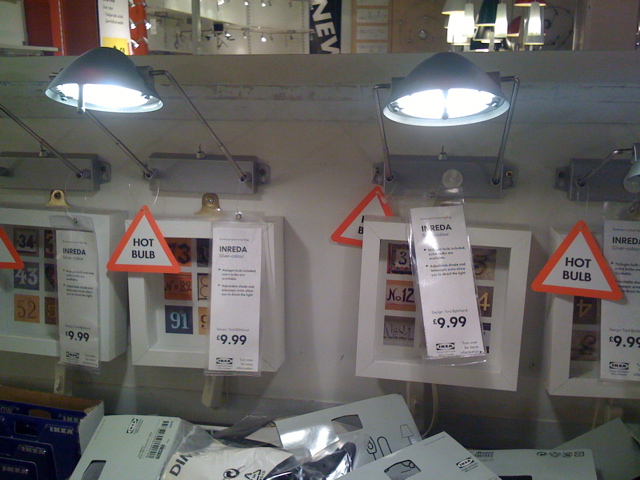 Dufftown is a 4mm scale model of a narrow gauge railway: 009 is 9mm gauge (the same as N) representing 2′ 3″ gauge in the “real” world (though often used to represent any narrow gauge from around 1′ 10″ to 2′ 6″). The layout is 2′ x 7′ and incorporates a full circuit of track, a small station, a three loop fiddle yard, and low level industrial distillery sidings. Scenic features include distillery buildings, a wee burn and a two-span viaduct.

It is designed to allow operation from either the front or the rear of the layout, so it can be seen by the operators during “recreational” running as well as being exhibited.

There are two boards each 3’6″ long. The station board (left) was constructed first and can actually be operated as a self contained layout. It is near completion, with details, buildings and back-scene still to be completed. The distillery board (right) is under construction, with the track laid and partially ballasted and some of the scenery formed.

This is a picture of part of the layout as it is today. As you can see, the track is laid but only part of it is ballasted, some of the scenery is formed (with some of it plastered). Yes, this is only a corner of the layout, but then it’s only 7′ long and 2′ deep and we will get it finished in time! 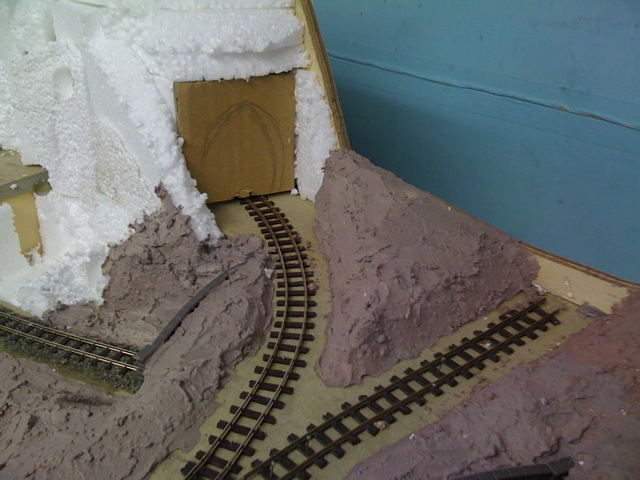 On 8/9th November 2008 the Brighton Model Railway Club‘s narrow gauge model Dufftown will be exhibited for the first time at our exhibition in Patcham. That’s just under three weeks away, and the layout’s no where near ready yet! On this site details will be posted of the layout, the background and story of its construction, and updates its current state… Expect a lot of changes in the coming weeks.